How to Speak Door

Communication (from Latin commūnicāre, meaning “to share”[1]) is the act of conveying intended meanings from one entity or group to another through the use of mutually understood signs and semiotic rules.

Verbal communication is the spoken or written conveyance of a message. According to Wikipedia, Human language can be defined as a system of symbols (sometimes known as lexemes) and the grammars (rules) by which the symbols are manipulated. The word “language” also refers to common properties of languages. This concept can be applied to another form of communication – nonverbal. A substantial portion of our communication in everyday life is nonverbal. Every day, we respond to thousands on nonverbal cues and behaviors including postures, facial expression, eye gaze, gestures, and tone of voice. From our handshakes to our hairstyles, nonverbal details reveal who we are and impact how we relate to other people. The same can be said about homes. Just as those subtle human cues can be translated by those who understand the “language”, if one knows what to look for, one can “hear” what a home is saying. And if that old saying about the eyes being a window to a person’s soul, then the same can be said about a home’s entry. Let’s listen… 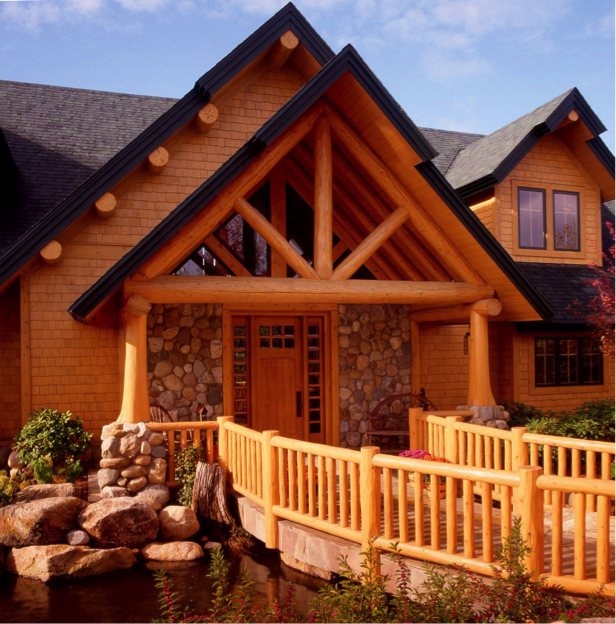 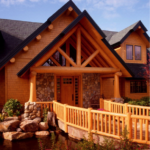 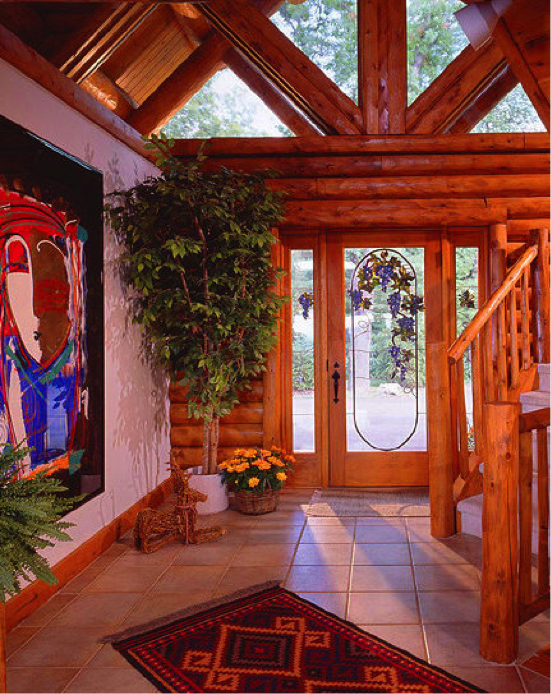 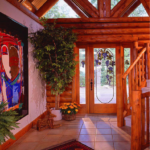 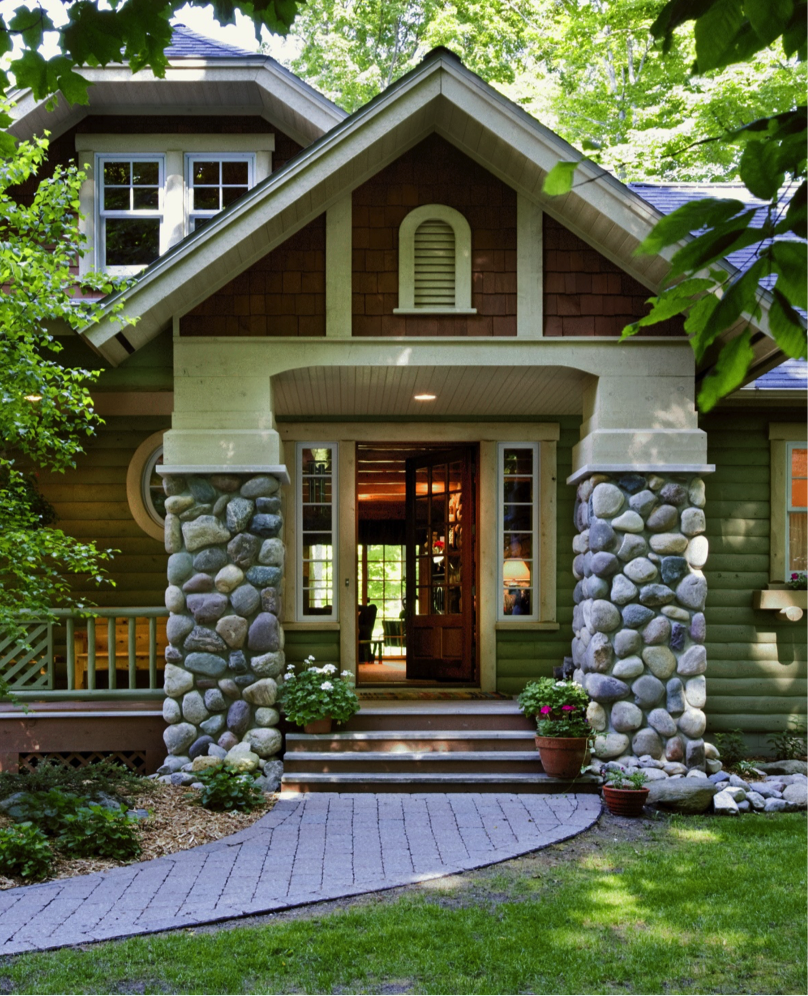 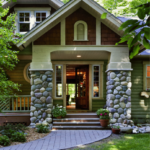 Cottage Style Home: “Throw Your Coats Anywhere. The Kids Are All Out Back, Burgers Are On The Grill And Cold Oberons Are Waiting.” 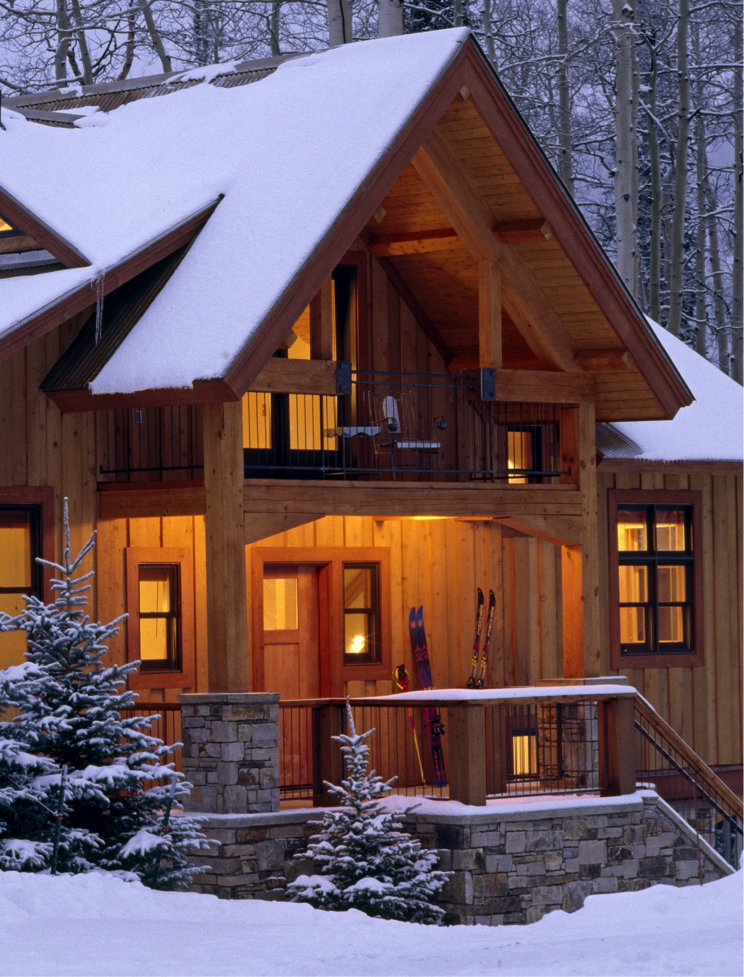 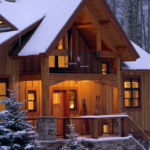 Mountain Timber Frame Home: “If It’s Morning, You Can Still Catch Us For First Tracks; Afternoon, The Red Lion. Wait Here, Light A Fire Or Hot Tub If You Like.” 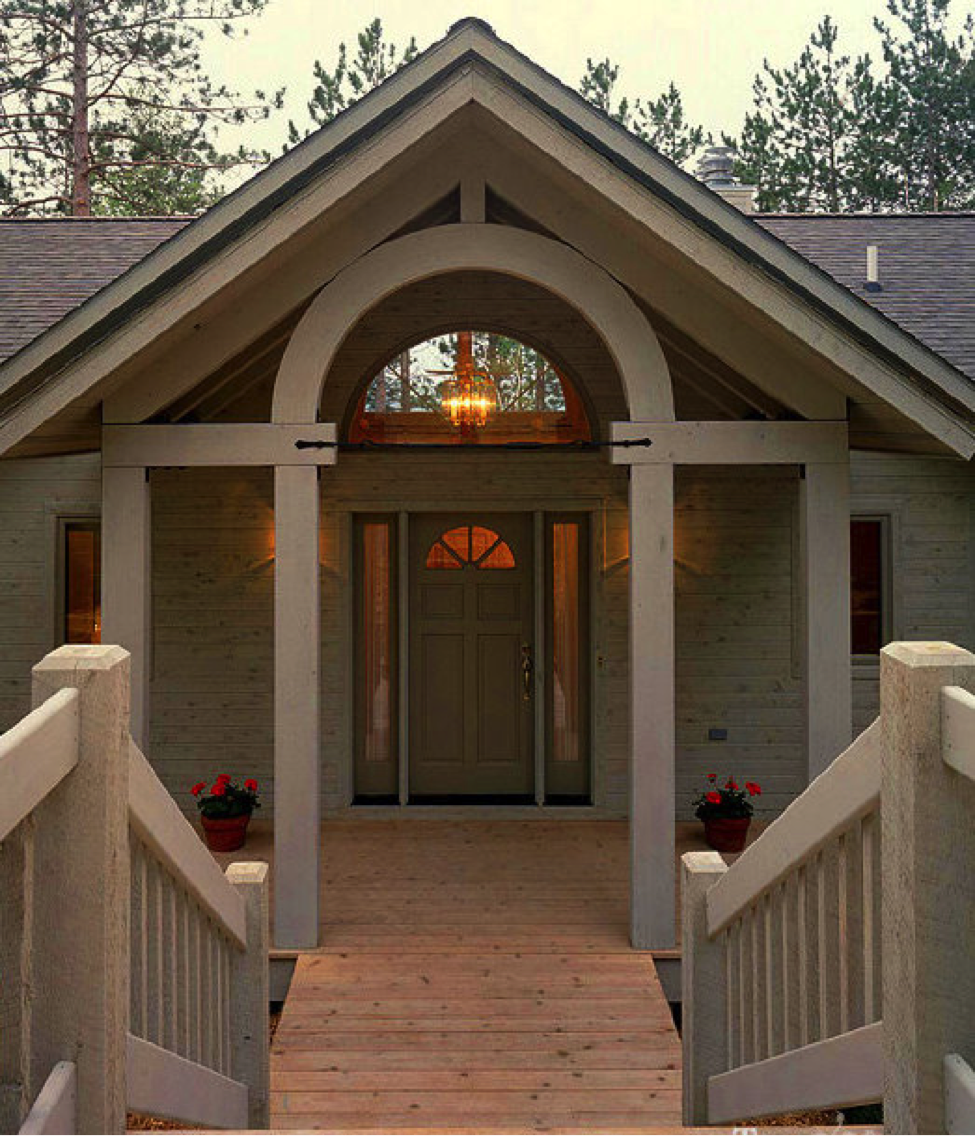 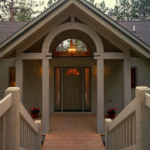 Waterfront Timber Style Home “Pour Yourself A Mount Gay And Coke While I Ready The Swan.” 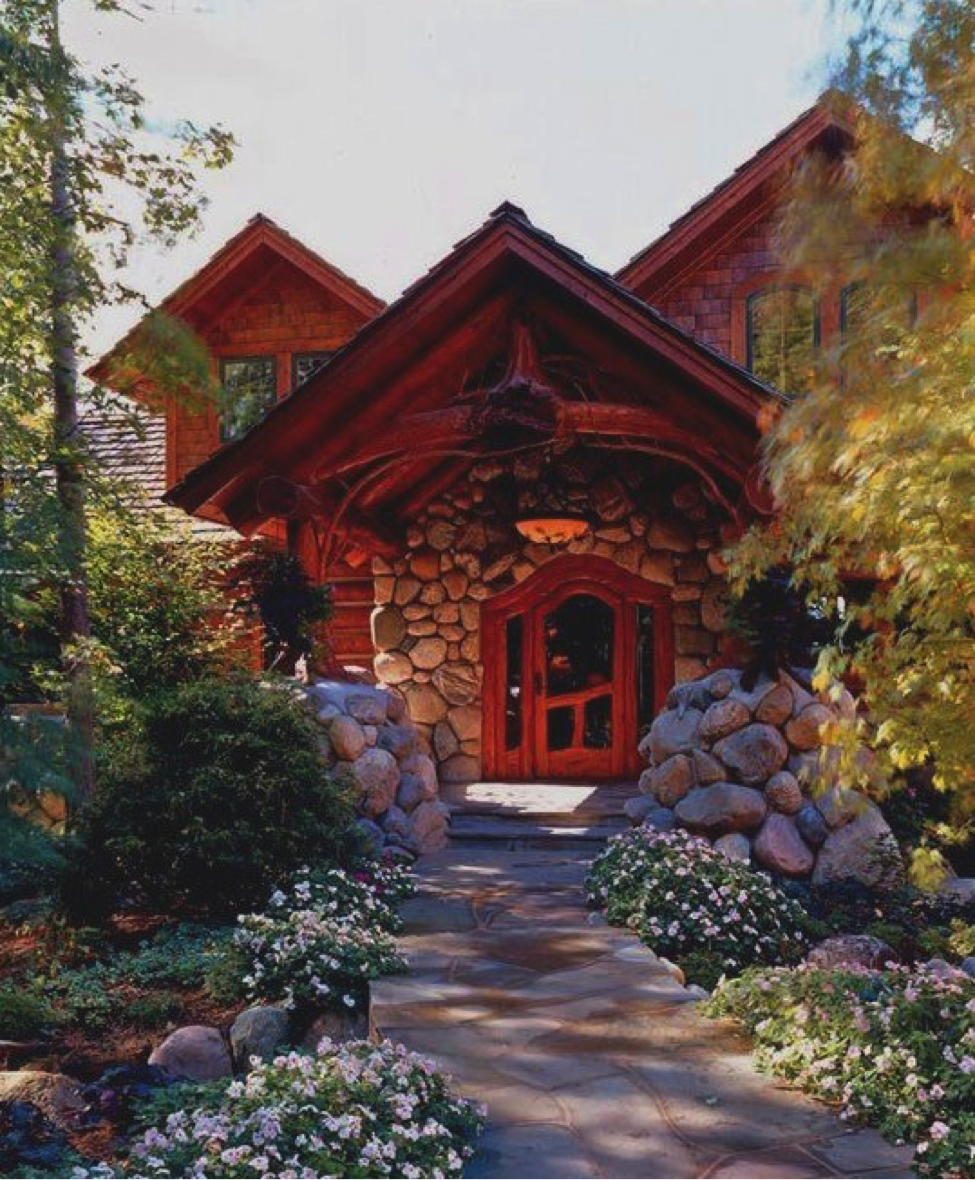 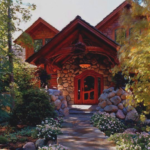 Luxury Log Home: “You Are Going To Be Blown Away At Every Turn…” 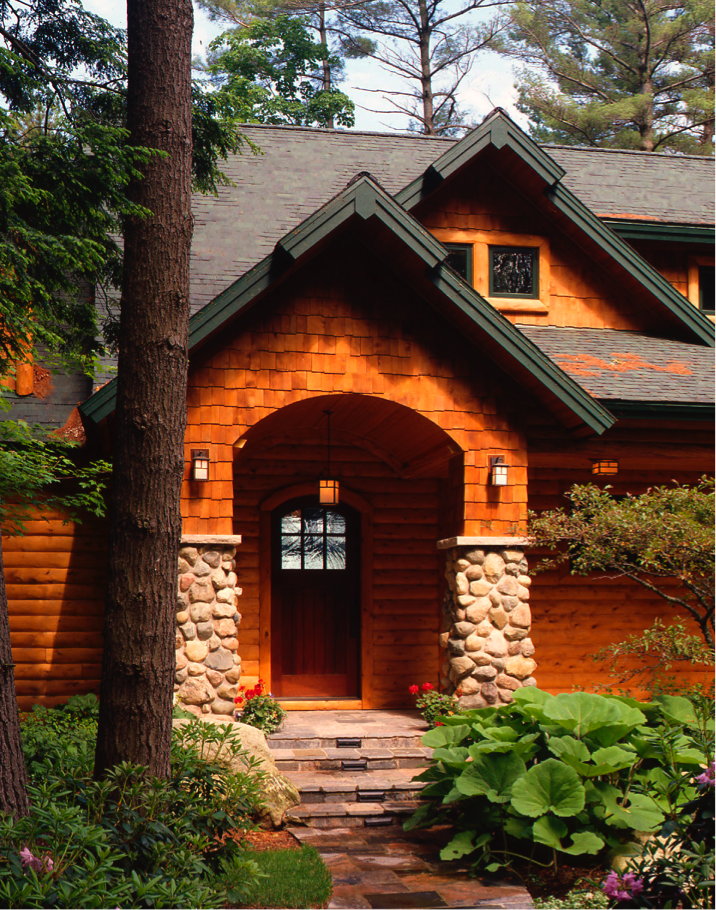 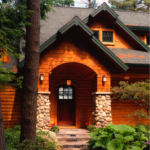 Lakefront Log Lodge: (Said Slowly And Very Quietly) “Welcome To Our Weekend Escape From The City. Come On In And Relax…” 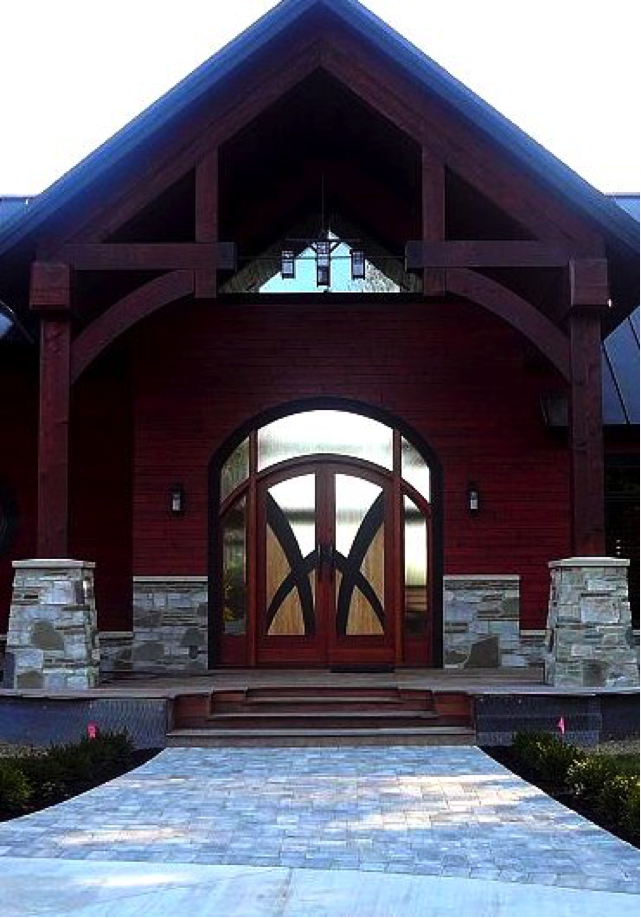 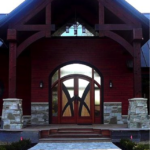 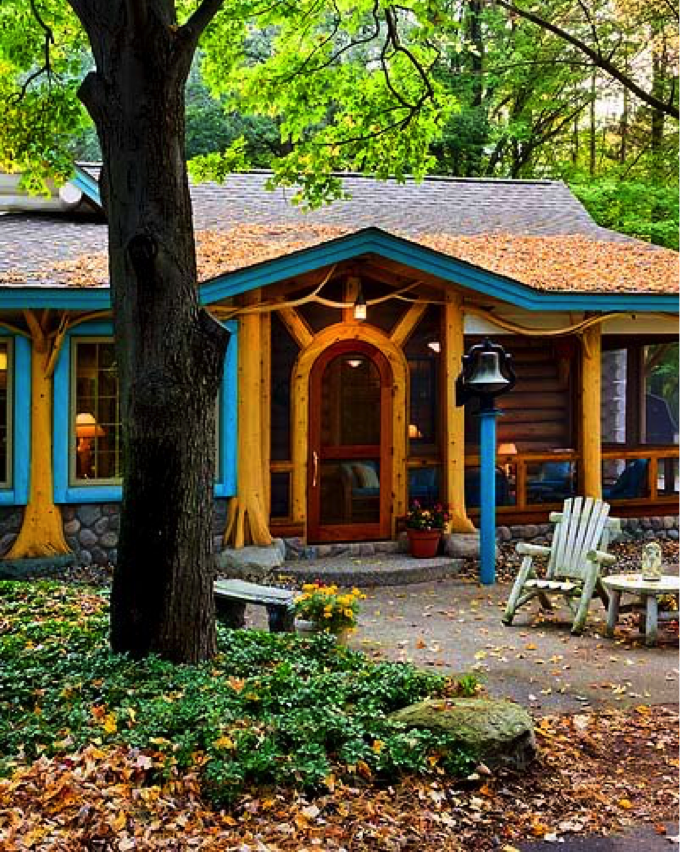 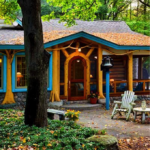 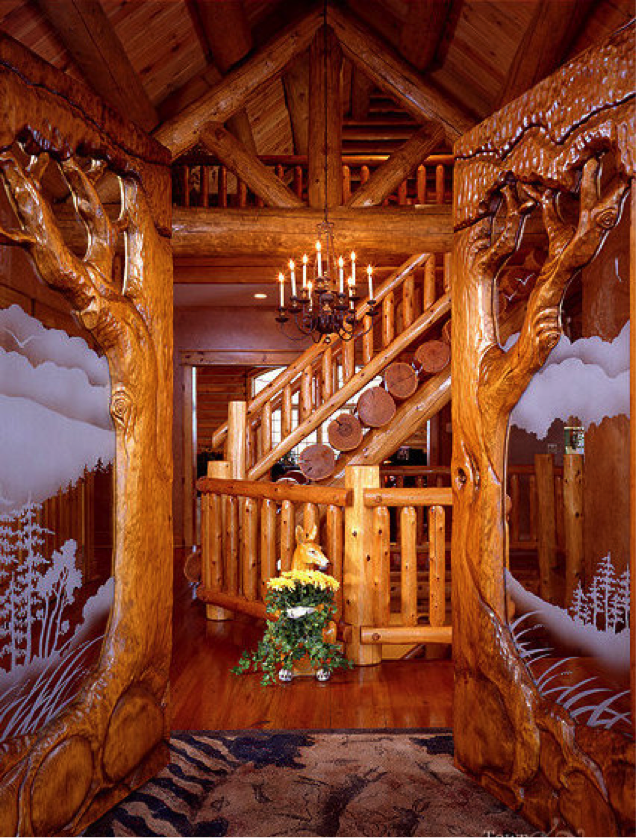 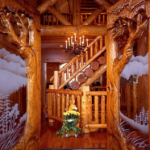 Traditional Log Home: “Behind These Doors, You Will Feel Welcomed, Loved And Safe…”