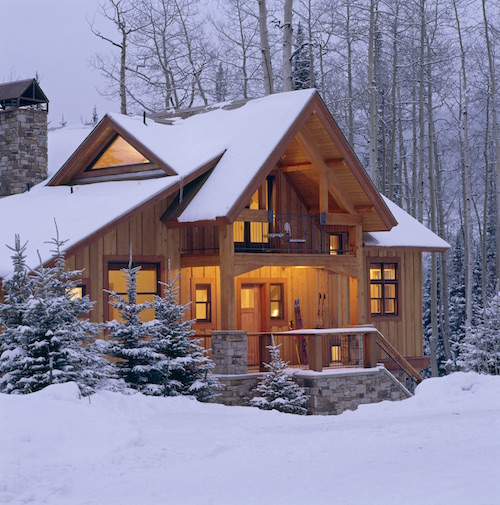 When Peter Welles decided to build a vacation home in Telluride, Colorado, he knew he wanted it to stand apart from the grand log homes dotting the mountain community.

Most of the houses in the area are massive with floor plans of 5,000 square feet or more. Peter’s timber home floor plan is 3,000 including the garage. Log architecture is king in Telluride, but Peter chose to buck tradition, enlisting Town + Country Cedar Homes to design and build a timber frame constructed from White Pine. This decision lends to the home’s clean lines and simple design that nod toward Shaker or Mission style — a rare find around the rustic and rugged old mining town.

The end result is a home that’s better, not bigger. Though the timber home is small in scale, it features high-end finishes. It’s an impressive yet intimate space with cozy reading and eating nooks as well as vaulted ceilings and breathtaking views of Sneffels Range and Dallas Peak at 9,630 feet. 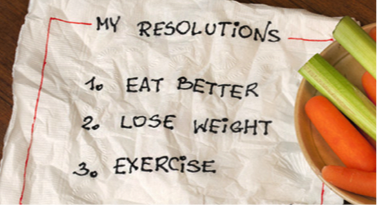 You uttered those words again, didn’t you. People heard you. Some of you even put it out there on social media for half of the planet to bear witness: “I will exercise more, eat healthier and lose weight in 2017!”

The Champagne has worn off, there are 286 likes on your Facebook proclamation and, reality is, your scale reflects three more pounds of holiday fun since you decided to declare war on that sedentary lifestyle. Where to start?…

We have always looked at our homes as more than just “things”. As our tag line suggests, LIFESTYLES, CRAFTED IN CEDAR, we try and concern ourselves in not just designing way-over-the-top-cool looking spaces, but all aspects of how clients will use these spaces, how they will feel in these spaces. So, in this specific case, our job is to make sure you do not feel like overweight, unhealthy, inactive failures. Our thoughts:

END_OF_DOCUMENT_TOKEN_TO_BE_REPLACED 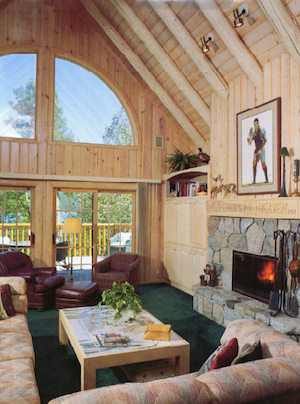 Bill Freehan spent years in the spotlight. The former catcher for the Detroit Tigers has played in the World Series. He was named an All Star 11 of his 15 years with the team. He won five-straight Golden Glove awards and ranks among Tiger career leaders in home runs, games played and at-bats.

When he retired from his career in baseball, he and his wife, Pat, decided to pursue a quieter life. So, they built a three-story, 4,300-square-foot cedar chalet perched above the tranquil shores of Walloon Lake in Northern Michigan. END_OF_DOCUMENT_TOKEN_TO_BE_REPLACED

Inspired by Nature … in Every Season! 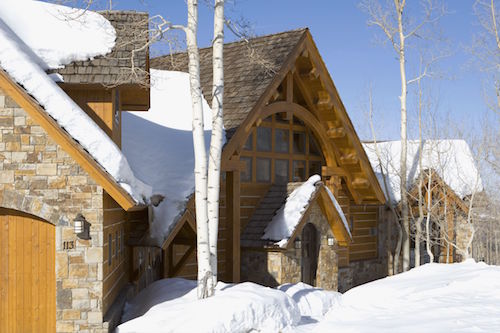 Jim and Cindy Tanner have known that they wanted to build a timber framehome in the Telluride, Colorado, area since the ‘70s. Because they fell in love the location first, they let the great outdoors guide the design of their new timber home when they were finally ready to build. END_OF_DOCUMENT_TOKEN_TO_BE_REPLACED

The Weather Outside is Frightful … 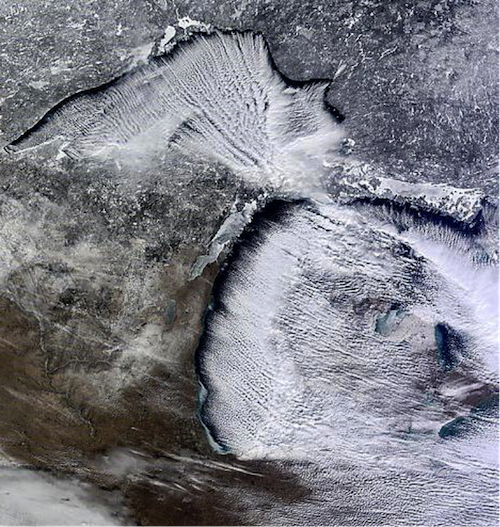 The local meteorologist is comically dressed in a scarf and wool stocking cap, while pointing to a map, painted in array of whites, blues and that dreaded purple – LAKE EFFECT SNOW. Sleeping in was the only calendar entry for tomorrow morning, but it looks as though that will be cancelled and replaced by a meeting with Mother Nature and a shovel, probably followed by a trip to the Chiropractor. You are seriously regretting that decision to cut the heated driveway from the building budget this past summer…

Short of calling your contractor a or renting a jack-hammer for a bit of DIY work, the driveway situation is probably not going to change. But, lucky for you, there are alternatives: END_OF_DOCUMENT_TOKEN_TO_BE_REPLACED